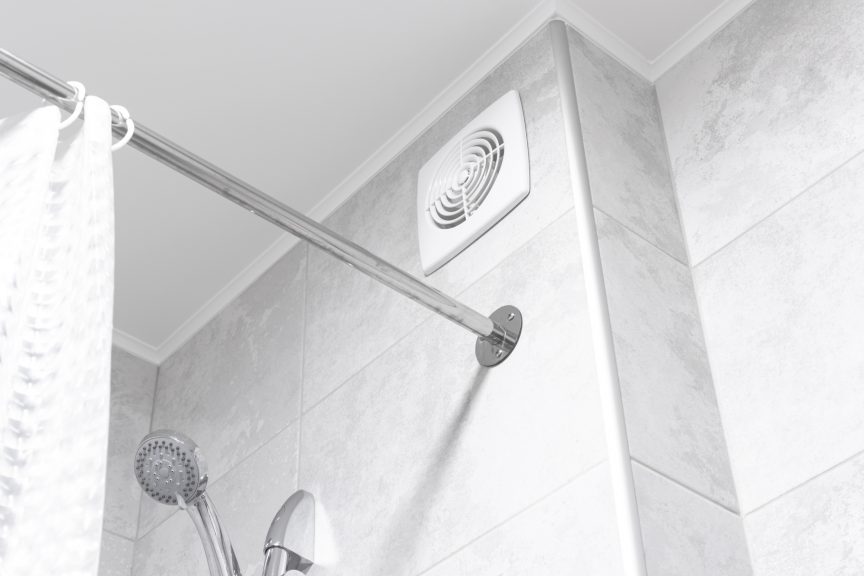 Since we spend a lot of time in the bathroom, we want it to be a clean and comfortable space. One of the best ways to keep your bathroom free from odors and moisture is to have a bathroom fan. But can you keep it running all the time?

It is bad to run a bathroom fan all the time as it may cause the motor to overheat, which could become a fire hazard. Also, it will be more costly to leave it running. Instead, let the fan run for approximately 20-30 minutes, switch it off, and use a window (if possible) to help circulate air.

The rest of this article will explain more in detail how long you should run a bathroom fan, what happens if you leave it on 24/7, and some tips on how to maintain it.

How Long Can You Safely Run a Bathroom Fan?

Let’s start from the beginning: the purpose of a bathroom fan is to exhaust humid air and odors that might be unpleasant to you or other people who want to use the bathroom.

Over time, moisture can corrode your wall paint, furniture, and decor – especially in small bathrooms, where the air doesn’t dissipate efficiently.

Bathroom fans solve this problem by sucking out moisture and odors through the duct outside of your house. With that in mind, you might think it’s best to run the fan 24/7 to help prevent mold and mildew, but that’s not the case.

A bathroom fan can safely run for about 30 minutes before you should switch it off. It takes half an hour for a small fan to clear the air after a shower or bath, so it’s best to start the fan before you get in the tub. Once the job is done, there’s no need to leave the fan on.

Of course, if you leave the fan on for an hour, it’s unlikely to be an issue. However, leaving it to run all day and night will quickly run down the motor. Plus, if you do leave it on for longer than the recommended 30 minutes, chances are you’ll forget to switch it off.

Although the bathroom fan motor is designed to run continuously, it’s not intended to be used as such. As mentioned, this is because it’s expensive and can become a fire hazard.

How Much Electricity Does a Bathroom Fan Use?

How expensive is it to run a bathroom fan? The answer depends on:

It costs less than $5 per year to run a modern small fan a few hours a day in a household of three. However, that significantly changes if you run it 24/7 for 365 days. For example, a medium-sized fan running non-stop could cost you upwards of $50 a year.

It’s not just about the cost of electricity, though. For example, leaving your bathroom fan on all the time impacts your associated electricity costs for heating and air conditioning.

To put it simply, during winter, the fan will suck out the hot air from your house, making the heating system work harder to keep the room at the set temperature. During summer, the same would happen when you’d turn on the AC to cool the place down.

Unless you have good reasons to leave the fan running, these are unnecessary costs that’ll weigh on your pockets and the environment.

Can Leaving a Bathroom Fan on Cause a Fire?

How could bathroom fans cause a fire exactly? In the process of sucking out the air, the fan accumulates dust and lint from clothing, sheets, and towels, just like an exhaust pipe does from a dryer.

Too much lint build-up can become dangerous if it nears a heating element, such as those found on a dryer.

Though there is no heating element in most bathroom fans, the motor can become warm if it’s left to run all day.

Leaving a bathroom fan on can cause a fire if too much lint gets stuck around the motor’s bearing and wire coils. This will cause the motor to overheat, leading to a fire if some lint or nearby plastic component is ignited.

If you run your bathroom fan continuously, lint will tend to accumulate faster and in larger quantities than if you only use it occasionally.

However, there’s no need to panic. The best thing you can do to avoid any accidents is to properly and regularly clean the fan.

The good news is that you don’t need to call a professional. You can do the cleaning yourself.

How To Clean a Bathroom Exhaust Fan

The goal is to get rid of the dust and lint, but how thoroughly you want to clean is up to you.

Here’s what you should do:

A cleaned bathroom fan is safer and more efficient. However, there’s a limit to how many times you can do this. So, if your bathroom fan is older than a decade, consider replacing it with a new one.

In theory, you could leave your bathroom fan running all the time. In practice, though, that’s a bad idea. So instead, turn it on only when you need to clear the air of moisture and odors.

If you feel the fan isn’t doing a sufficient job, consider replacing it with something bigger.

Also, open a window whenever possible to help bring in fresh air.