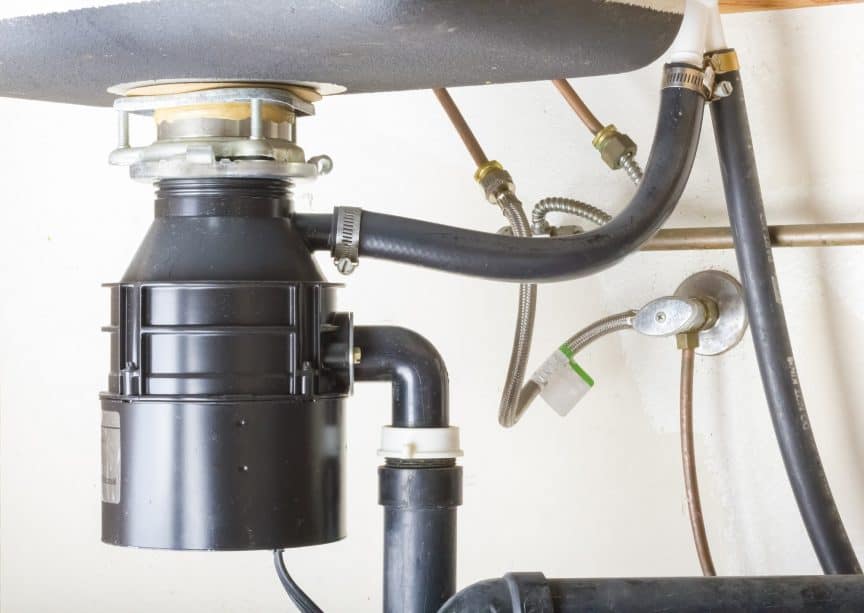 Garbage disposals are doubtlessly a handy little appliance to have in your kitchen. The ease of being able to dispose of unwanted food and waste quickly is a dream! Even with the convenience of garbage disposals, some still wonder whether their small, single basin sink can handle the equipment.

Garbage disposals can be expensive, but in the end, the cost is well worth it. In this article, I’ll discuss how to select a garbage disposal, as well as the overall benefits of adding the appliance to your sink.

How Do You Find the Right Garbage Disposal?

Garbage disposals aren’t universal appliances, which means that when shopping for one, it’s crucial to find one that fits into your home.

To find the right garbage disposal, consider the size of your sink and storage area, as well as the quality of your pipes and septic system. It’s also worth noting which style of garbage disposal is the best for your family’s safety.

When shopping, first consider how much space you have, both in your sink and the storage space underneath it. Remember that this appliance will be attached to the underside of your drain, so before going to the store, measure the space under your sink.

Garbage disposals vary in size, with some being as short as 10” (25.4 cm) while others measure up to 15” (38.1 cm). The differences in width can be even more significant. Generally, the more sound-insulated a garbage disposal has, the wider it’s going to be.

Don’t make the easy mistake of going shopping before guaranteeing you know precisely how much space you have to fill.

When shopping for a garbage disposal, you’ll also need to take into account the needs of your home. Consider your pipes, for example.

If you have a newer home, you probably have white PVC plastic pipes, which are slippery and far less likely to hang onto food and debris. If you live in an older home that still depends on old-fashioned cast-iron drain pipes, you may find that garbage disposal adds to your already problematic clogs.

It seems counterintuitive that a garbage disposal might create clogs, but remember how much food waste you’ll be intentionally disposing of. Though this food is neatly ground up, It still may be too much for older, rougher pipes.

A garbage disposal can fit any sink, but pipes may be a roadblock.

You’ll also want to consider your septic tank. While garbage disposal manufacturers promise that any system can handle a disposal, some plumbers claim otherwise.

Remember that in adding disposal to your kitchen, you would be heavily increasing the amount of substance your septic tank has to hold at any given time. This increase won’t be a problem for most septic tanks, but if you’ve got an exceptionally small tank, it might.

Before adding disposal, you may want to contact your plumber to see if your septic system can handle the additional food waste.

Though they may sound terrifying, garbage disposals are incredibly safe appliances. Regardless, accidents always occur at a higher frequency around small children. If your family includes young, curious toddlers, naturally, you’ll want to invest in the safest model possible.

Let’s take a look at the two most common models of garbage disposals available.

Continuous feed models: these are likely what comes to mind when you picture a garbage disposal. These prevalent models are powered by a switch on the wall and can be used to dispose of larger amounts of food at a time.

While this feature is convenient, it may come with a major safety concern. There’s no automatic stopping response, so it will continue running regardless of what falls into its opening, such as silverware, a knife, or even your hand.

Batch Feed Models: Rather than being powered by an electrical switch, batch feed models only work when space has been filled, then activated using a specific cover. Users of this unit can operate it without any fear of broken silverware or sliced fingers.

While these models are less convenient, requiring users to grind materials one small batch at a time, many parents prefer these units. They tend to be slightly more expensive, but the peace of mind may be worth the additional cost.

Is a Garbage Disposal Worth the Cost?

Garbage disposals vary in price, but regardless, it’s a purchase many Americans may need to plan around.

A garbage disposal is worth the cost, as its benefits outweigh the initial costs. It is a benefit for the environment, reduces smell, and helps prevent clogged plumbing. Though it isn’t hard to find expensive models, thrifty shoppers should have no issue finding cheap options.

Studies show that you can take a tiny step in diminishing your environmental impact by using a garbage disposal.

Around the world, people throw away massive amounts of food every day. When waste management takes that food to a landfill, it sits in place until it naturally decomposes. By grinding that same food and mixing it with water, you speed up the process and flush the food away with other waste.

Though a garbage disposal takes a small amount of electric power to operate, that energy isn’t enough to offset the benefits of reducing the amount of waste carted to landfills every day.

Even if you don’t necessarily concern yourself with the environment, you’re likely to be concerned with the level of smell in your kitchen. When you use a garbage disposal, you dispose of waste at the exact moment you clean it, meaning fewer lingering odors in your home.

Unpleasant odors aren’t just an annoyance inside your home, but they can be a problem outside as well. Most homes have garbage pickups scheduled as a weekly or bi-weekly occurrence at most.

Until then, you’re left with bins of stinking waste to attract local animals and bugs.

Though the garbage disposal itself may have a slight reputation for developing an unpleasant odor, it’s easily cured with either cleanser or grinding up citrus peels.

Even with the best of intentions, food and waste become stuck in pipes eventually. When that happens, homeowners turn to inconvenient cleaning methods like harsh chemicals, confusing snakes, or expensive plumbers.

By regularly using a garbage disposal, you can protect your pipes against the food scraps that would otherwise build up to form blockages.

It’s important to note that a vital part of avoiding blockages is proper usage of the garbage disposal unit. Users should consult their manual to see whether or not to leave the water running as they operate the unit and what substances to avoid grinding.

A clogged pipe is an inconvenience, but unfortunately, a clogged garbage disposal might be even more of one.

While a garbage disposal can fit any sink, it’s essential to be sure that a disposal fits other elements of your home.

Before shopping, you should be positive that your space, pipes, and septic system can handle regular contact with extra food waste. Know the difference between continuous feed models and batch models, and decide in advance which would be better for your family.

Adding a garbage disposal system can mean adding a convenient little luxury to your home. Once you know the ease of quickly disposing of a leftover meal, you may never go back!